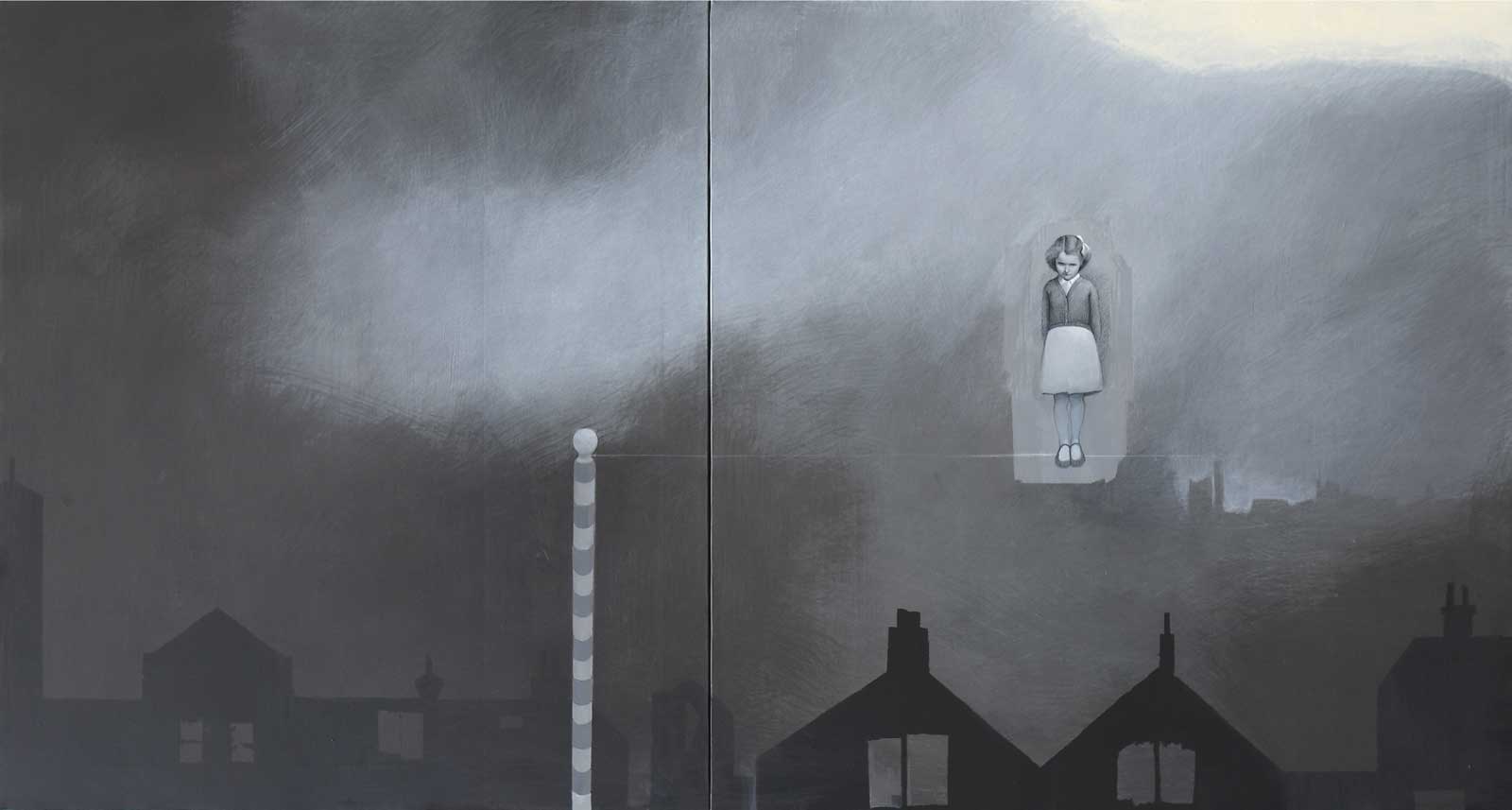 The joint exhibition Equilibrio Precario/Precarious Balanceby Marta Czok and Jacek Ludwig Scarso will launch on Friday 8th September 2017 in Venice. Curated by Barbara Vincenzi, the opening will take place at 6pm in ArteSpazioTempo, located in Campo Ghetto Nuovo, in the heart of the Jewish quarter on the Venetian lagoon.

After an initial collaboration at MACRO Museum in Rome, the two artists return to work together in a project that reflects their conceptual links, in their respective portrayals of existential instability. Both artists rely on intensely choreographed scenarios that confront the viewer with different techniques and reading angles: contrasting in style, yet linked in their sensitivity regarding the elusive nature of human existence.

The paintings of Marta Czok (born in Lebanon in 1947 to Polish parents) appear as theatrical stages upon which characters keep switching roles, becoming a metaphor for reality, at once tragic and ironic. Her viewpoint is made of alternating visions aimed at a cross interpretation of human existence, seen at once as a timeless story and a repetitive joke.

Jacek Ludwig Scarso focuses in particular on the legacy experienced by the younger generations: the fragility of the provisional. As a multimedia artist, born in Rome in 1979 of Polish-Italian origins and based in London since 1998, his work draws on his background as theatre and performance director. Spanning sculptural installations, live art, video and photography, he creates impossible theatre settings, through which he imagines ambiguous and absurd scenarios and depicts humanity’s unstable position in an artificial and increasingly ephemeral environment.